In a country where many people are suffering at the hands of poverty, domestic animals sadly are not prioritized for their care and welfare.
Some dogs starve to death, as people have not the food to spare them, others die in awful ways, such as of tropical virus’s like rabies that could of been prevented for the sake of a £2 injection.
Sadly in a place like Tanzania, where the people can be uneducated and subjected to a life of difficulties the west do not face, such as hunger and constant sickness from food and water supplies, it is evident that the abuse animals face is some of the worst we have seen on the planet.
To tackle the huge and ever growing stray dog population, the government has begun shooting dogs in local communities. To do this the community must pay for the bullet, which they often can not afford. This leaves the dogs in a very vulnerable position, many communities want the dogs dead due to fear of virus’s like rabies, but without money for a bullet they hire individuals to euthanize the dogs in other ways…..

Dogs are beaten to death, drowned and even hanged from trees. To die in this way is clearly agonizing for the animal, not to mention a prolonged and needlessly terrifying end to a life.

Below is Oliver, a dog we rescued in 2014, who managed to escape mid hanging…

What you are seeing below is Oliver before surgery…. that white mass are thousands of maggots that were living in the wound from the hanging… 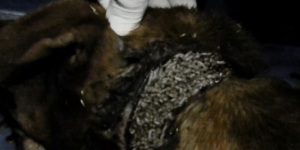 Below is the wound after it was cleaned…. Oliver had lived with this rope on his neck for over a month…. 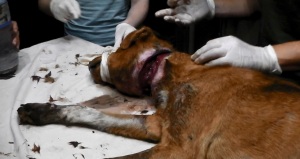 Oliver survived his ordeal thanks to the help of donations made via our facebook page. He now lives happily and safely with the other rescue dogs here at the shelter… 🙂
He is not the only dog we have rescued from hanging sadly…. 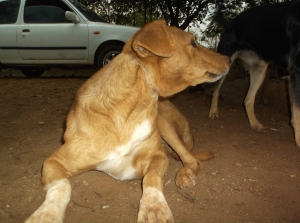 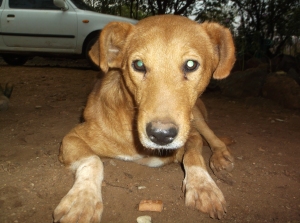 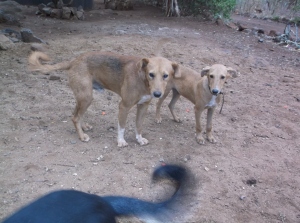 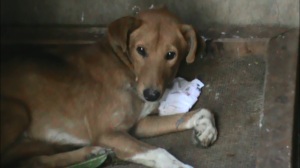